UP UP DOWN DOWN BLAH BLAH BLAH…

Yeah, we get it, you know the “Konami code” (a term I never even heard until a few years ago or so). Let me guess, you know the lyrics to “Ice, Ice Baby” also.

There’s no need to blurt it out and try to beat me to the end. And it’s not funny that you know it, and you’re not special.

You, my friend, are a child of the 80’s. And that’s it, and that’s all. Sure, I realize that Vanilla Ice is more of an early 90’s thing (a time period that is, more often than not, confused with the 80’s), but you know the lyrics because you were old enough to know them in the early 90’s, but not old enough to realize that that shit sucked. Which places you squarely in my bracket. My target audience today. 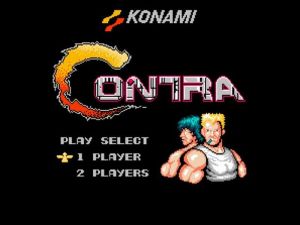 get it in ya

As a child of the 80’s, you were raised to win. By any means necessary.

Video games were not something to match wits with. They were something to conquer. Something to brag to your friends, “Dude, I beat Jackal last night.” And the next question was never, ” Did you use any cheats?”

Of course you did. You got 100 lives and breezed through without a care in the world.

And ya know what? You were still cool. Your friends were still impressed.

Because, most of all, they were meant as entertainment and just another way to have fun that wasn’t watching bad cartoons because they were the only cartoons on at the moment.

The other day I was chatting with a friend of mine at work who is also into video games. I was telling him about the famous “Oghma Infinium” exploit in Skyrim where you can basically go from level 15 to level 81 in a matter of minutes.

He gave me a look like I had just mugged his mother.

Over the years, I have noticed a growing distaste among “gamers” for cheats, exploits, etc. and the renegades that use them.

if there was a code, you used it. So much so, that 25 years later you are busting it out on your friends like you just came up with the wittiest comment since Venkman told the mayor that Walter Peck had no dick.

You’re putting it on tshirts, you’re naming your terrible band after it. It is a part of your brain that will never die. On your death bed you will mutter it as a final prayer for extra life.

We grew up with only one mission in video games: to beat them. And if there was an easier way to do that, we did it.

A typical conversation, while playing Nintendo 25 years ago:

“Stand over there in that corner and he can’t hit you.”

“Stand over there in that corner and he can’t hit you.”

“What?!?!?!?! I’m not a cheater! I’m a self-righteous asshole who takes video games way too seriously!”

Life is hard. I’m an adult, with real problems. I don’t need a video game to remind me that I’m not up to yet another challenge.

I play video games to have fun. Period. And it’s not fun to me if I can’t progress at all.

So yeah, maybe I am a “casual” gamer (a dirty word in gamer circles), but to the “hardcore” gamers out there, I have this to say:

Mind your own fucking business.

If your life is so easy that you need video games to offer you insurmountable challenges, then good for you. Have fun with your games in the way that you have fun, and let me have mine.

Nowadays, my aim isn’t necessarily just to beat the game. As my cousin said once, my main point is to get the story. I want the story to progress, and if there’s a holdup in my progressing through the story, I will use a cheat in a heartbeat.

To sum it all up, people my age use cheats because we grew up using them and if you knew a code, it was instant playground cred on the same level as if you swiped a Playboy from somewhere. In that way, I guess we never grew up.

Younger generations are against using cheats because, well… I honestly don’t really know why because they think differently than me. They also listen to dubstep or something equally terrible, which I will never understand.

Get off my lawn! Kids these days! etc.

2 Responses to UP UP DOWN DOWN BLAH BLAH BLAH…